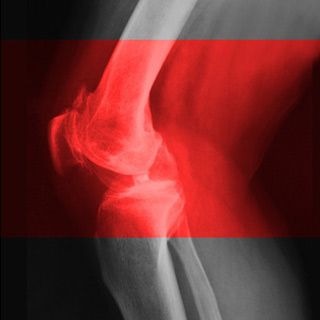 Most people suffering from arthritis due to knee injury go on to encounter cartilage deterioration. Now, a new study conducted by scientists at MIT suggests that a steroid drug presently used to treat inflammatory conditions could also aid in prohibiting osteoarthritis if administered soon after the injury.

In most cases of joint injury, the patient’s cartilage is apparently destroyed subsequently causing osteoarthritis. Usually the person receives non-steroidal anti-inflammatory drugs (NSAIDS) like ibuprofen to decrease pain and swelling. After many months or weeks, they may have to go through an operation to settle the joint. Of late, there seem to be no drugs to inhibit cartilage impairment.

“In essence, it’s repurposing an existing drug,” cited Alan Grodzinsky, senior author of the study, a professor of biological, mechanical and electrical engineering, and the director of MIT’s Center for Biomedical Engineering.

Nevertheless, if this steroid drug is used by patients on an immediate basis, then it is touted to lessen their joint pain and swelling as well as cut down on the risk of arthritis advancing further. The scientists conducted a trial to gauge the efficacy of glucocorticoids in reducing swelling and pain in arthritic joints. These medicines have supposedly been referred by physicians to treat rheumatoid arthritis for senior people since many decades.

The analysts examined the human and bovine cartilage tissue. Firstly they harmed the tissue, then filled it with an array of inflammatory proteins known as cytokines. The latter are naturally given out after a joint injury and are known to accelerate the process of cartilage breakdown. The investigators found that in the damaged tissue that was treated promptly with glucocorticoid dexamethasone, cartilage destruction apparently came to a stop. It also appeared to exhibit some influences if given 2 or 3 days after the injury. This is essential as people who develop joint injuries do not seem to visit the physician right after they are hurt.

The team is yet unsure if dexamethasone may have the ability to heal cartilage damage that has already taken place. It is to be determined in further studies. Also, animal studies may help affirm if joint treatments are required to sustain the shielding effect. It will then go on to human clinical trials as the drug is already approved for use in humans. The scientists also believe that the aforesaid drug presumably impedes the deterioration of aggrecan which is a crucial component of cartilage. Drug delivery mechanisms are also under scrutiny.

The report is published in the journal Arthritis Research and Therapy.

Do memory issues in Alzheimer originate with protein clumps drifting in...