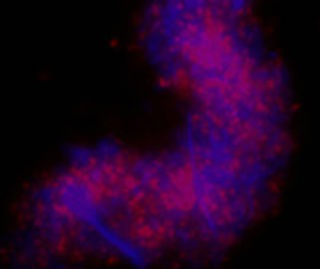 The last pain detector we saw was a technique used in computers to indicate pain. Now, researchers from the University of Sheffield have seemingly created polymers that give out fluorescent light if there are bacteria giving rise to early identification of wound infection through ultra-violet light.

Available as a gel, when it is exposed to the wound, the amount of fluorescence will indicate the intensity of the wound. The polymers are apparently irreversible and are hooked to traces of antibiotics that integrate with gram positive or gram negative bacteria. Both of these are known to cause acute infections and thus indicate whether antibiotics are to be used or no. This also suggests a suitable antibiotic treatment thereafter. It also came forward that the same gel may be used to eliminate the bacteria from infected bruises in human skin that is tissue programmed.

The polymers incorporate a fluorescent dye and are engineered to recognise and attach to bacteria, collapsing around them as they do so. This change in polymer shape generates a fluorescent signal that we´ve been able to detect using a hand-held UV lamp,” elaborated Professor Sheila MacNeil, an expert in tissue engineering and wound healing.

According to project lead Dr. Steve Rimmer, if such gels are available commercially, then it will inform health care practitioners and nurses to immediately attend to the wound and help in management of the same by regulating the use of antibiotics.

The analysis shows that the polymer (PNIPAM), along with antibiotic namely vancomycin and a fluorescent dye like ethidium bromide supposedly shows a bright fluorescent signal in the presence of gram negative bacteria. Some other polymers may also react to gram positive bacteria such as S. aureus.

Such developments indicate that a hand-held sensor device to be used in clinics is underway.