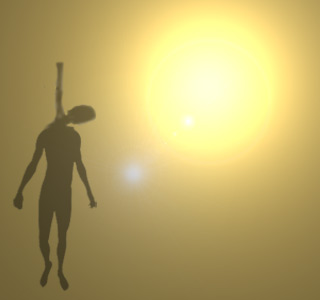 Summer-time is generally associated with vacations, sun bathing, and get-togethers. However, it may seemingly also be linked with something else – higher rate of suicide. Atleast that’s what a team of researchers believe. They have stated that the reason for this suicide hike in summer could be due to insomnia caused by persistent daylight.

In order to better analyze the cause of this peak in suicide rate in Greenland, these researchers examined the seasonal variation of suicide in this entire region. This examination was led by Karin Sparring Björkstén from the Karolinska Institutet, Sweden.

Greenland is said to globally have the highest suicide rate. The researchers have stated that these suicides were usually committed very violently by young men. To be precise about 95 percent of the suicides could apparently be termed as violent, where the sufferer would die by shooting, hanging or jumping. These researchers have said that this seasonal effect of summer seemed to take place more often in the North of the region, where the sun seemingly does not set between the end of April and the end of August.

These experts have elucidated this factor by stating that, “People living at high latitudes need extreme flexibility in light adaptation. During the long periods of constant light, it is crucial to keep some circadian rhythm to get enough sleep and sustain mental health. A weak serotonin system may cause difficulties in adaptation.”

In other words, these researchers believe that an imbalance in the serotonin levels caused by incessant sunlight may lead to increased impulsiveness, and when combined with lack of sleep it could be credited for the hike in suicide rate at this time of the year. They didn’t seem to find any seasonal variation in the consumption of alcohol.

These researchers have stated that there may be many other reasons, besides light, which could be responsible for committing suicide. However this research is said to have highlighted the possibility that light and the rate of suicide may be somehow linked with each other.

The report, “Accentuation of suicides but not homicides with rising latitudes of Greenland in the sunny months,” has been published in the BMC Psychiatry journal.