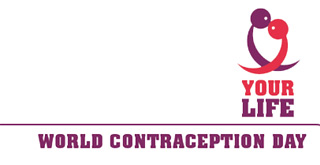 On the eve of world contraception day, a disturbing truth related to contraception seems to have come forward. A study titled ‘Clueless or Clued Up: Your Right to be informed about contraception,’ conducted by experts from international NGOs, including the International Planned Parenthood Federation (IPPF), The Population Council and Women Deliver has shown high proportions of unprotected sex amidst young people along with poor awareness about appropriate contraceptive techniques.

Also, individuals are self-conscious in asking professionals about contraceptive techniques and many also seem to depend on their schools for substantial sex education. As part of the investigation, 26 countries including 5,426 young people in Asia, Pacific, Europe, Latin America and the USA along with 600 people in Egypt, Kenya and Uganda participated. The results hold some value as unplanned pregnancies are becoming a common situation among the young population.

Jennifer Woodside of the International Planned Parenthood Federation, an NGO partner of WCD, commented, “What the results show is that too many young people either lack good knowledge about sexual health, do not feel empowered enough to ask for contraception or have not learned the skills to negotiate contraceptive use with their partners to protect themselves from unwanted pregnancies or STIs. What young people are telling us is that they are not receiving enough sex education or the wrong type of information about sex and sexuality. It should not come as a surprise then that the result is many young people having unprotected sex and that harmful myths continue to flourish in place of accurate information. How can young people make decisions that are right for them and protect them from unwanted pregnancy and STIs, if we do not empower them and enable them to acquire the skills they need to make those choices?”

Reportedly, above 40% of young people in Australia, Chile, Colombia, Great Britain, Indonesia, Lithuania, Mexico, Poland, Singapore, Sweden and Turkey have already engaged in unprotective sex with a new partner. This estimate rises to more than 50% in China, Estonia, Kenya, Korea, Norway and Thailand. Nearly, 62% young individuals from Thai seemed to have indulged in sex without any sort of contraception with a new partner. The issue appears to be increasing since 2009 as observed in France, the USA and Great Britain.

The reasons that the aforesaid group gave for their carelessness included dislike of contraceptive measures, no preference, associating it with being uncool, and embarrassment in taking guidance from health care professionals. Around Europe, Latin America and the USA, half of the respondents reported being well acquainted with contraceptives. This number was significantly low in places like Africa and Asia Pacific where only quarter of them had this opinion.

Some individuals shared that they did not know where to get the contraceptives from and which method to opt for. Almost half of the young people surveyed in Africa and Europe seemed to be dependent on the withdrawal method which is not advantageous in most situations. Around 36% in Egypt probably feel that having a shower after sex is an efficient way to prevent pregnancy. People from Thailand and India possibly had sex during the girl’s menstrual cycles and considered it to be one of the alternatives.