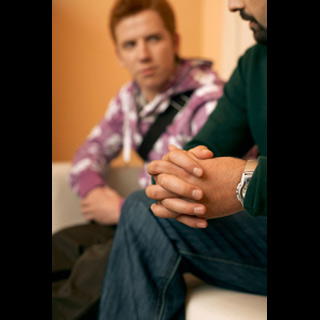 Long-term treatment of adolescents with major depression could be associated with continuous and persistent development of depression symptoms in majority of the cases. Atleast this is what the most recent study claims.

The Treatment of Adolescents with Depression Study (TADS) team was believed to have randomly given one of four treatment strategies for 36 weeks to 439 adolescents aged 12 to 17. Apparently, four treatment strategies included the antidepressant fluoxetine or Prozac only, cognitive behavioral therapy (CBT) only, the combination of the two, or placebo i.e. inactive or ‘sugar’ pill.

After the first 12 weeks, the placebo group appears to have discontinued, while the participants assigned to the active interventions continued treatment for another six months. On the whole, the combination therapy was found to be the most effective in accelerating decrease.

Once the trial finished, the teens who had been assigned to the active treatments were evaluated up to four times during the subsequent year in order to determine if improvements were continued over time. Moreover, TADS treatments were no longer offered, but participants were observed to have been encouraged to continue to seek treatment within their communities.

By the end of the 36-week trial, the study authors found that approximately 82 percent of the participants seem to have improved whereas about 59 percent had achieved complete remission. Also, during the follow-up year, most participants may perhaps have maintained their improvements. In addition, the remission rate supposedly climbed to 68 percent. However, about 30 percent of the participants who were in remission at week 36 seemed to have become depressed again during the next year.

Also, 91 percent of participants appear to have showed no evidence of suicidal thinking or behavior at the end of the trial. However, about 6 percent were observed to have developed suicidal thinking during the follow-up year, with no statistically considerable differences among the treatment groups.

The longer-term treatment of TADS, in spite of treatment strategy may possibly be associated with long-lasting benefits for the majority of participants. However, a significant number of those who had recovered seem to have worsened during the follow-up period. This could perhaps indicate a requirement for continuous clinical monitoring and more improvement in long-term treatment of youth with major depression.

The findings of TADS suggest that for most teens with depression, long-term, evidence-based treatments may be effective and sustainable. However potential study should focus on improving treatment strategies in order to lessen the rate of depression relapse or deterioration. The authors were of the opinion that a randomized maintenance therapy trial could assist in determining how long active treatment should last to make sure the effects of treatment will continue over time.

The findings of the study have been published in the American Journal of Psychiatry.