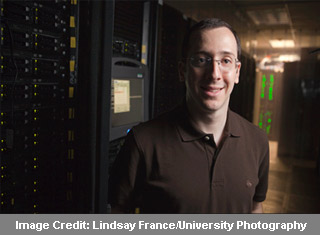 Each day awaits new surprises, it is natural to feel sprightly one moment and completely down the next moment. Scientists from the Cornell University have analyzed over 2.4 million twitter messages across 84 countries and apparently found that the day begins on a promising note, progressing to some blues and then evening sees perkiness yet again.

Also, weekend tends to bring with it some composure implicating that most of them sleep-in till late in the morning. Also, with seasons coming and going, sleep cycles and day length are deemed to be influenced. The analysts found that tweets shared early morning, late night, weekends and weekdays seemingly suggested positivity over different cultures.

“In some ways, the study confirms longstanding assumptions that people experience similar moods at similar times of the day,” commented Scott Golder, a doctoral student in the field of sociology, Cornell University.

The analysis showed that people seem to be happier on weekends as compared to weekdays irrespective of the time of the day. This suggests the effects of traveling and work. Golder puts it that the results are sleep-based and biological. This variation of behaviors during weekdays and weekends is supposedly related to average mood of a person.

The latter appears to be higher on weekends, unlike weekdays. However, regardless of mood fluctuations, the shape of the mood rhythm is seemingly the same. Even if confronted by social and cultural obligations, the outcomes show consistency.

The analysts also linked tweets of the day to its length. They also studied the influence of the sun or its absence on seasonal affective disorders like winter blues. The team was interested in determining the effects of cold dark winters on people living in Ithaca.

They conclude that the amount of daylight a person is exposed to may not hold significance, it is the comparative daylight manifested in days shrinking or stretching that invokes or restrains positive mood. The study is published in the journal, Science.