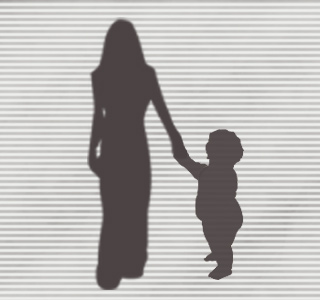 Various diseases or conditions may be inherited by a child from their mother. But now a latest and rather intriguing addition has been made to this list. A new study has stated that a mother’s height may be linked with her child’s mortality or failure to grow. This interesting study was conducted by the experts from the Harvard School of Public Health.

UNICEF has apparently estimated that in 2006, there were more than about 2 million deaths of children below the age of five, in India. A link was said to have been administered between the height of a mother with her child’s overall health. It was stated that the children, whose mothers’ height was shorter than approximately 5 inches may have a 70 percent increased risk of dying, in comparison to the children belonging to taller mothers’.

Study investigator, Professor S.V. Subramaniam, Department of Society, Human Development and Health, Harvard School of Public Health, says that, “Our findings suggest the presence of inter-generational transfer of poor health from mother to offspring. Notably, since maternal height itself is a consequence of a mother’s childhood environment, our study is suggestive of the long-run and durable adverse impact of poor childhood conditions of the mother on the health of her offspring 15 to 30 years later.”

The study experts believe that these findings may highlight the importance of investing global health efforts in children, especially girls. Since this won’t be useful only for them as children, but may also potentially affect their offspring.

This study is said to have been published in the issue of the Journal of the American Medical Association (JAMA).