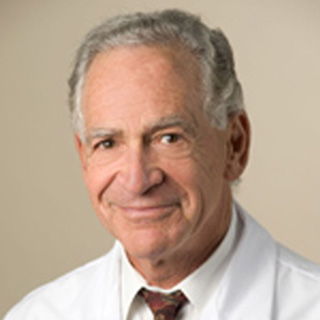 Kidney transplant patients have to pop in an array of immuno-suppressant drugs for the proper functioning of the transplanted organ. Now, professionals at the Stanford University School of Medicine have created a new protocol that apparently enables kidney-transplant patients to get rid of the unavoidable immune-suppressing drugs.

Unlike the usual kidney transplant procedure, this method combines minutely targeted irradiation of a patient’s lymph nodes, spleen and thymus. This tends to weaken the immune system for a short period of time by using stem cells obtained from the kidney donor’s blood. These new donor cells subsequently get divided to integrate with a recipient immune system that is now accustomed to the new organ. This is something that is not found in a normal transplantation encounter.

“Transplant recipients can ordinarily expect to be on a regimen of two or three immune-system-suppressing drugs for the rest of their lives. While they help ward off rejection of the new organ by the patient’s own immune system, these drugs carry their own risk of side effects, such as high blood pressure, diabetes and cancer,” remarked immunologist Samuel Strober, MD, who is a professor of medicine and the new protocol’s inventor.

Also, these immune-suppressing drugs seem to be toxic to the kidney though their contribution towards prohibiting immune rejection is immense. Moreover, these medicines may not work at all times. Most of the patients are known to experience a gradual impairment of the implanted organ till one day it collapses calling for another transplantation surgery or dialysis for life.

The new technique is a blend of targeted radiation, the organ donor’s blood forming stem cells as well as antibodies that discretely strike some of the recipient immune cells. These means suppress the immune reactions that would have otherwise harmed the implanted kidney. Subsequently, the recipient’s immune mechanism reverts to its pre-transplanted form of functionality. However, it does not interfere with the foreign tissue of the graft.

Therefore, following a span of 18 months to 5 years of surveillance, after the kidney transplant operation, patients didn’t seem to encounter transplant rejection. As per this protocol, the kidney recipient is exposed to radiation treatment and injections of antibodies in the hospital itself following few days of operation. The patient is also administered more radiation doses in the subsequent few days through an outpatient procedure.

After about 10 days of surgery, the recipient is given an injection of cells obtained from the kidney donor. Initially the person uses 2 of the immune-suppressing drugs along with antivirals and antibiotics. One of the drugs is stopped after a month and the team then checks for some imbalance in the mixture of donor and recipient immune cells. If there is balance even after 6 months of surgery, the second drug is ceased, or if found to be imbalanced, the person has to stay on the drug till the target is achieved.

The research is published in the New England Journal of Medicine.