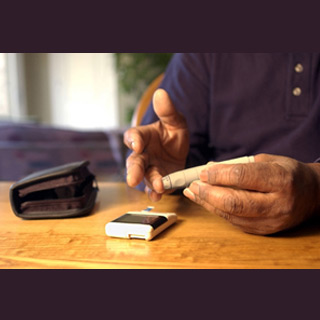 This latest study may soon be able to ease worries of diabetic patients. Joslin Diabetes Center scientists along with the University of Michigan Comprehensive Diabetes Center may perhaps be investigating whether salsalate could reduce blood glucose levels in people with type 2 diabetes. If this trail becomes successful, it may possibly one day lead to an economical way to treat the most common form of diabetes.

Salsalate is known to be an anti-inflammatory drug used for years in order to control arthritis pain. Type 2 diabetes is known to be a disorder in which muscle and fat cells do not make use of insulin correctly. It was estimated that nearly 24 million Americans have diabetes. Also, type 2 diabetes seems to account for 90 percent to 95 percent of diagnosed cases.

Type 2 diabetes appears to be closely linked to obesity. Furthermore, its complications seem to increase the risk for cardiovascular disease, blindness, kidney disease and amputations. It was observed that nearly 560 adults with poorly controlled blood glucose levels are being required to participate for one year in the clinical study. Apparently, this study is referred to as Targeting Inflammation with Salsalate in type 2 Diabetes (TINSAL-T2D).

Study experts at Joslin illustrated that salsalate appears to be effective at lowering blood sugars when given for about three months. Allegedly, this lead to the start of this larger trial of longer duration. The trial which was led by Joslin is being conducted at Joslin Diabetes Center, the University of Michigan and 20 other medical institutions across the country.

“These are very important studies aimed to test whether reducing inflammation can actually be used to treat diabetes,” says chief author of the study, Steven E. Shoelson, M.D., Ph.D., associate director of investigation at Joslin and professor of medicine at Harvard Medical School.

“Given what we are learning about how type 2 diabetes develops, we think this might be getting at an underlying cause. We hope the study shows that targeting inflammation is a safe and inexpensive way to treat type 2 diabetes,” continues Shoelson.

Rodica Pop-Busui, M.D., Ph.D., assistant professor of metabolism, endocrinology and diabetes at U-M Medical School and principal investigator at the U-M diabetes center, stated that, “Sedentary lifestyle and western diet have been associated with obesity and diabetes.”

“The study medication, salsalate, which is chemically similar to aspirin but has fewer side effects, has been used for more than 40 years in people to treat pain associated with arthritis. Recent studies in people show that salsalate also lowers blood glucose, but further testing on long term efficacy and safety specifically in patients with diabetes needs to be done,” elucidates Pop-Busui.

It was observed that for the TINSAL-T2D study, experts are in search of adults ages 18 to 75 whose glucose levels are not in good control and who don’t take insulin. Among other criteria, participants must be using no medicine or be consuming only one or two oral medications. Furthermore, most participants could possibly expect their involvement to last about one year.

Those volunteering to participate in the TINSAL-T2D study may perhaps require to undergo a variety of tests in order to determine if they are eligible. Additionally, participants selected for the study may be given either the study drug or a placebo. A placebo is known to be an inactive pill which is like the study drug, but the placebo does not contain active medicine.

Myrlene Staten, M.D., NIDDK’s senior advisor for diabetes translational study was of the opinion that the outcome of this study seems to have the possibility for significant public health benefit. If salsalate could improve the control of type 2 diabetes, then the experts would have an inexpensive addition to their arsenal of drug options.