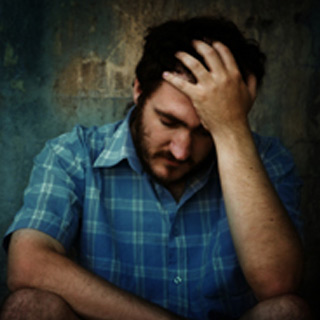 Though mental illnesses are often associated with long-term disability, the impact of milder stress is apparently underestimated. In a major breakthrough, experts from the University of Bristol found that relatively mild symptoms of psychological stress can pave way for long-term disability. Mild presentations of stress may be considered unimportant, but have adverse effects on the wellbeing of an individual.

As a part of the study, investigators tracked the health of more than 17,000 working-age adults up to the age of 64 between 2002 to the end of 2007. All the study subjects were randomly selected from the population in the Stockholm area. A validated questionnaire (GHQ-12) was completed at the start of the study to measure stress levels of the participants. Also other aspects of health and wellbeing were measured. The study was triggered on a total of 649 people who started having long-term disability benefits and 203 with a mental health problem.

“Our research focuses on a group of people with stress-related symptoms that are not considered severe enough in terms of clinical practice, research, or in policy. The study highlights the blurred boundaries between thresholds used to differentiate between being ‘normal’ as opposed to having ‘a disorder’. We certainly do not advocate these people to be labelled with a new diagnosis, but we ought to know more about what, if anything can be done to reduce risks of them transitioning into long-term disability,” revealed Dr Dheeraj Rai, lead author and clinical lecturer at the School of Social and Community Medicine, University of Bristol.

Higher levels of stress at the beginning of the study were seemingly linked with a strong likelihood of subsequently experiencing long-term disability. Those with mild stress allegedly were up to 70 percent more likely to receive long-term disability benefits. Factors such as social status, health problems, lifestyle and alcohol intake were considered throughout the study. As a result, one in four of the benefits awarded for a physical illness, such as high blood pressure, angina, and stroke and almost two thirds awarded for a mental illness, were purportedly attributable to stress.

Conditions such as depression and anxiety disorders are believed to cause disability, but people with stress-related symptoms are also under a severe threat for long-term disability. The study findings apparently have a remarkable importance for people working to meet greater demands at work, and social factors, such as fewer close personal relationships and supportive networks.

The study is published online in the Journal of Epidemiology and Community Health.