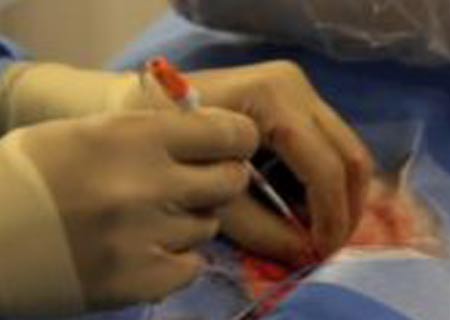 It is known by many that one major cause of chest pain is shrinking of the arteries. Usually, patients are exposed to a drug for measuring the narrowing of arteries, which apparently has unpleasant side effects. This study by scientists from Imperial College London has revealed a new technique to calculate the contraction of arteries in the absence of any kind of medication.

This technique will allow physicians to evaluate patients for stent without necessitating the consumption of the aforesaid drug. The stent is usually implanted onto patients to open up the arteries, but in some cases, it led to the formation of a scar tissue which reverted the treatment back to artery shrinkage. Therefore, a benefit to risk assessment is crucial before progressing on with the use of stent.

Currently, patients are administered the drug namely adenosine that widened the blood vessels. Nevertheless, this new technique apparently measured the tapering of the arteries which is similar to a procedure called FFR used presently, but in the absence of any kind of drug. This method known as instant wave-Free Ratio (iFR) may help doctors decide whether a stent would work for a heart patient.

“FFR is a valuable tool that helps doctors make treatment decisions, but certain barriers mean it isn’t used as often as it might be,” cited lead researcher Dr Justin Davies, from the National Heart and Lung Institute at Imperial College London.

The mechanism of iFR is such that a cable is introduced into the coronary artery to gauge the blood pressure on both the sides of the artery. When this procedure was carried out at a specific heart cycle, there seemed to be no requirement for dilation of blood vessels. This possibly eliminated the need of a drug for the latter.

This avenue was trialed in a set of 131 patients where the team measured almost 157 artery narrowing instances. The results showed that the measures attained by iFR was presumably similar to the ones obtained by FFR and could be replicated too.

The study is published in the Journal of the American College of Cardiology.