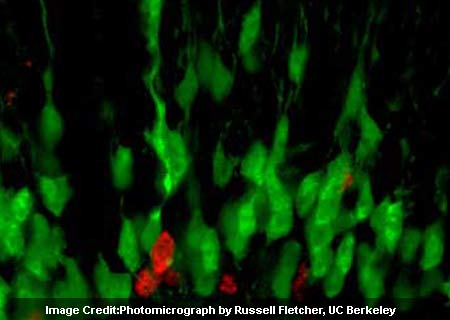 We know that the capacity to taste depends on the ability to smell something. This could probably be the reason why some aromas of foodstuffs tempt us so much into consuming them. On this front, scientists from the University of California, Berkeley have uncovered a genetic activator which makes the nose recreate its sensors of smell.

This research could be a helping hand to senior citizens or people struck by adverse events whose smell senses do not work. The scientists believed that there could be some obscure genetic mechanisms involved in the regeneration of the olfactory system. These genes apparently caused the olfactory stem cells in the nose to develop into sensory neurons which can identify odors and co-ordinate that information to the brain.

“Anosmia the absence of smell is a vastly underappreciated public health problem in our aging population. Many people lose the will to eat, which can lead to malnutrition, because the ability to taste depends on our sense of smell, which often declines with age,” remarked lead researcher and campus neuroscientist John Ngai.

One of the reasons why elderly people sufferred from the aforesaid condition may be that the olfactory stem cells grow old and lose their potential to supplant mature cells and therefore get deficient. Thus, the team created a way to support active stem cell renewal by replacing these disappearing cells and thus sustained sensory functions.

This research will help professionals accelerate the regeneration process and thereby reduce sensory problems in old people. It may also aid in recovery of individuals who have encountered injuries or other diseases.

The analysis is published in the journal, Neuron.