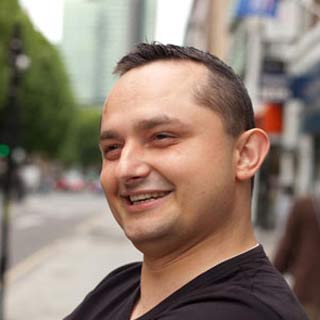 Haemophilia B occurs due to a dysfunctional gene involved in the making of a protein called Factor IX responsible for normal blood clotting. This study by scientists from the University of California (Berkeley) and St. Jude Children’s Research Hospital has revealed that gene therapy is apparently advantageous to patients suffering from haemophilia B.

This treatment particularly cuts the requirement of injections related to clotting factor for prohibiting bleeds. A single session of gene therapy seemed to be beneficial for the patients and was found to be safe too.

This trial incorporated 6 individuals with this inherited blood disease. Around 4 of the patients ceased to receive protein injections to prohibit bleeding problems following the gene therapy and did not experience spontaneous bleeding thereafter. Most of the participants also engaged themselves in running races and other physical exertions which could have been a issue, had they not been exposed to gene therapy.

“This is a potentially life-changing treatment for patients with this disease and an important milestone for the field of gene therapy. It could have ramifications for the treatment of haemophilia A, other protein and liver disorders and chronic diseases such as cystic fibrosis,” remarked first author Dr Amit Nathwani, UCL Cancer Institute, Royal Free Hospital, University College Hospital (UCH) and NHS Blood and Transplant (NHSBT).

This analysis accessed adeno-associated virus (AAV) 8 and ported the Factor IX gene and its extra genetic constituents to the subject’s liver. AAV8 was preferred by the team since the infection risk associated with it was seemingly less. Also, the study participants did not consume any sort of immune repressing medications before being administrated the gene therapy.

One of the patients who were exposed to the highest proportion of the vector apparently encountered fruitful, temporary steroid treatment after the enzyme levels in the liver increased relatively. Though this implicated slight liver harm, the other health aspects of the individual did not appear to be affected.

After treatment with this therapy, the amounts of Factor IX protein increased in 2 of the volunteers. The protein levels ranged between 3 and 12% in men exposed to the highest dose of the vector. Even mild rise in the synthesis of this protein supposedly implied a better quality life and less bleeding occurrences.

Considering such a positive result, the team has plans of expanding the trial. It is published in the New England Journal of Medicine. The report is also being presented at the 53rd annual meeting of the American Society of Hematology in San Diego, US.