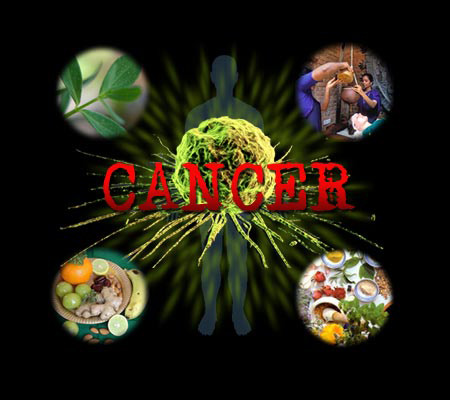 One of the most chilling words in existence – “CANCER” has become the modern plague. According to statistics Cancer is the leading cause of mortality in the world. Hence, the emphasis for all of us should be to find real solutions and to have a vision to heal the world from this tragic disease, since there is a possibility that it can happen to every one of us.

Once the diagnosis has been established, usually people are under tremendous emotional stress and this leads to a fearful state that paralyzes the patient. As a result, the patient is denied freedom of choice and is pushed by the physician and perhaps even family into the conventional approach for cancer consisting of surgery, chemotherapy, and radiation.

There are exceptions and history holds records of countless individuals who have followed their hearts or some precious guidance, taking decisions for themselves which resulted in victory over cancer. This is possible not only due to the correct approach but also because thoughts and emotions alter our state of health by playing a pivotal role in our biochemistry and the ramifications on both our physiological and biological being. Positive aspects of the state of mind as hope, courage, faith and commitment are very important factors in the process of healing.

Now let us discuss the so called “alternative cures” for cancer. In contrast to the belief that the conventional approach to cancer is the only one, there exist safer, innovative alternatives, which can be the real cure for cancer, although more research is needed. It is vital for the public and health authorities to be better informed about various approaches, before making the decision on which approach to take for treatment.

One of the major modalities as a so-called ‘alternative approach’ is Ayurveda. Ayurveda does not consider Cancer as a single disease, but a collection of different diseases and conditions.

The lines of treatment, according to Ayurveda include Shodhan (Panchakarma), Shamana (chikitsa restoration) and Rasayana. Oxygen-Ozone Therapy is based on the research of German biochemist (Otto Warburg) which demonstrated that cancer cells can not live in the presence of High Oxygen levels because they thrive in anaerobic environment.

In short, the raw, bio-dynamically produced juices serve to alkalinize and detoxify the system (which is mostly acidic in the case of cancer). The digestive faculties (agni) are improved and begin to cut into the accumulated stores of metabolic waste and undigested food known as ‘Ama’ which according to Ayurveda, is said to be the foundation of the disease process and its removal is essential for effective treatment.

Additional improvements to the cancer Diet as a direct result of clinical observation include the introduction of oils to be taken internally (sneha pan). In particular flax seed, sesame and olive oils (cold pressed), which modern science has shown to contain the essential fatty acids Omega 3 and Omega 6. This also serves to pacify Vata Dosha, which increases due to the severe langhana (that which reduces or purifies the body).

Ghee can also be taken with good results especially where Pitta Dosha is increased. In addition to the raw juices the patient is encouraged to consume soup using fresh organic vegetables similar to those used in raw juice using spices like fresh ginger, cumin, coriander, turmeric, ajwan and asafetida. These spices improve digestion and have carminative effect dispelling vayu from the system.

Shodhana Chikitsa (To Throw away Toxins)
Great benefits were obtained by using snehan and swedan followed by Pancha karma according to constitution and Vikruti state of Dosha. Scientific analysis is shown to contain traces of heavy metals and other such toxins. Basti (medicated enema) and an improved Raktha Mokshana (blood letting) in the form of Ozone Therapy is recommended. This allows for further removal of toxins from the system and for the administration of medicinal substances via the large intestine (Bruhana Basti)

Ayurvedic medicines to balance and pacify the aggravated Doshas are administered. Because the liver is usually involved in cancer either primarily or secondarily Aloe Vera (Kumari) in the form of juice or gel (30 ml) mixed with turmeric (125 mgs) and honey is recommended.

Isorel, the Austrian preparation of mistletoe (Viscum album) administered via subcutaneous or intra venous may be used as an immuno modulator and anti-tumoural growth in combination with the treatment. Mineral supplements including selenium and vitamin C (Sodium ascorbate or even better as Amalaki) are helpful in detoxification.

Rasayana (rejuvenate therapy) like Amalaki, Badampak, Shatavari kalpa, Ashwaghandha, Guduchi, specific Bhasmas and others are of great value in nourishing the tissues of the patient.

The behavior (Vihar) of the patient is very important as there is always a psychological aspect contributing to the development of cancer. Past trauma, shock, and/or unresolved emotional conflicts have a very negative effect on a subtler level. Shirodhara, Shiropitchu, meditation, therapeutic yoga are recommended according to the individual’s needs.

Above the patient is encouraged to keep a positive mental attitude and to recite positive affirmations and mantras. If possible the patient should resolve any long-standing conflicts (hatred, jealousy, anger, arrogance) especially with family and friends and replace them with love, endurance, good company, contemplation of the infinite vision of the Self and compassion.