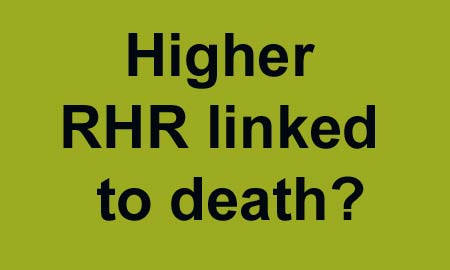 Of the various factors known to increase heart disease risk such as obesity and high blood pressure, could the rate at which heart beats account for it? In a study conducted by experts from the Norwegian University of Science and Technology (NTNU), individuals with an elevated resting heart rate in a 10-year time frame seemed to be at an increased risk for death due to any illness or from ischemic heart disease (IHD).

This analysis incorporated nearly 30,000 healthy men and women who were followed-up for an average of 12 years. Amidst these people, almost 3,038 individuals died, out of which 975 death cases were due to heart disease while IHD seemed to be responsible for 388 of the mortalities observed.

“As expected from the good general health of the study participants, the observed moderate-to-strong increases in relative risk corresponded to small risk increases in absolute terms. However, it is not clear to what extent we can extrapolate our findings to less healthy individuals in whom the underlying risk is likely to be higher,” commented NTNU’s Javaid Nauman, PhD and colleagues.

The scientists found that a resting heart rate (RHR) below 70beats/min at the first reading but greater than 85beats/min at the consecutive reading was apparently associated with 90% growing risk of death arising from IHD.

Also, subjects with RHRs ranging from 70 to 85beats/min at the first measurement and above 85beats/min at the second reading seemed to possess 80% increased threat. There appeared to be no substantial difference between the changes in RHR deaths due to other causes and those due to IHD.

Moreover, reductions in RHR did not presumably signify any advantage with regards to IHD death incidences. The scientists concluded that RHR may be a crucial prognostic marker for IHD and death risks.

The report is published in JAMA.