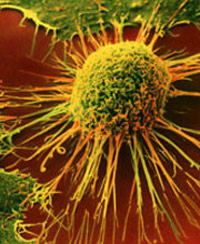 A team of international team of scientists has identified 480 genes that play a role in cell division. In the process, they also discovered that over 100 of those genes show an abnormal pattern of activation in cancer cells.

The scientists used computational biology techniques to pinpoint the genes. They noted that many cancer studies seek to identify “missing” genes that might cause cancer. This shows that genes can actually contribute to cancer in less obvious ways.

According to co-author of the study, Itamar Simon, a molecular biologist at Hebrew University Medical School in Israel, “What we see is that there are many genes that are present and yet still involved in cancer, because they are not activated, or expressed, in the way they normally are.”

Instead of the normal cycling on and off curing cell replication and development, these genes are expressed continuously or not at all.

Some of these genes identified by Simon and his colleagues have previously been linked to cancer. However, most aren’t, including at least three genes responsible for repairing genetic mutations that occur as DNA replicated in a cell.

The failure of these DNA repair genes to cycle properly in cancer cells suggests that some mutations associated with cancer may not actually cause cancer, said the researchers.

Study leader Ziv Bar-Joseph, a computational biologist at Carnegie Mellon University in Pittsburgh, “Some of the mutations may be caused by the non-cycling genes, rather than the other way around.”

However, as of now further investigation is needed to determine if some genetic mutations are a side effect, rather than a cause, of certain cancers and to identify which of the 118 genes that do nto cycle on and off normally in cancer cells are most significant.

These genes seem to be important, but we don’t yet know which ones play key roles or might be targets for drug therapy. We have narrowed down the field of candidates. Instead of looking at thousands of genes, now we can concentrate on about 100,” Simon said.

Inhibiting key protein may restore the balance between bone destruction and...