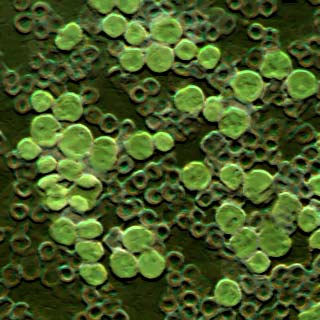 Of all the occupation groups in New Zealand, agricultural workers are believed to have the highest incidence of leukemia. These increased rates may be due to their exposure to chemicals. This revelation was made by the public health specialists from the Massey University.

More so, according to the Centre for Public Health Research, women agriculture workers may be more vulnerable to this type of disease as compared to their male counterparts. This particular analysis was believed to have been commenced in 2003-04, where more than 200 patients suffering from cancer and around 471 randomly selected subjects from the general population were believed to have been analyzed.

The experts who had conducted the above mentioned analysis had presumably discovered an almost 4 fold increased risk of leukemia in market gardeners and nursery growers in comparison to the general population. It was even noted that the people working in plant nurseries seemed to have a four-fold greater risk of developing non-Hodgkin’s lymphoma, whereas the people working in horticulture production in general seemed to have twice the risk of developing this particular disease. Apart from them even market farmers, crop growers, and field crop and vegetable growers were observed to have differing ratios of this increased risk.

The presently conducted study is believed to have been build on the previously conducted analysis by the centre. Lead investigator of the novel study, Dr. Dave McLean evidently believes that this increased risk may be due to the workers exposure to chemicals like pesticides. In fact this elevated risk was stated to have been 3.4 times greater in women as compared to men.

It was stated that, “It is not clear why this gender difference exists, but it has been hypothesized that it may be due either to the different tasks (and therefore potential for exposure) traditionally performed by men and women in horticultural occupations, or to the fact that some of the chemicals are endocrine disruptors that affect women in a different way than they do men.”

Apart from this, the people working as rubber and plastics products machine operator and those in plastic product manufacturing industry also seemed to face this risk, due to their exposure to the 1.3 butadiene. Even blacksmiths, electricians, slaughterers, toolmakers, etc. were also believed to have a greater risk of developing leukemia.