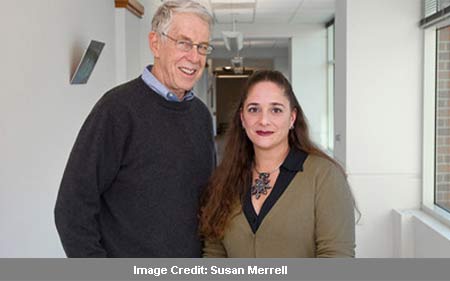 Be it any kind of addiction humans face, the question arises ‘why?’ Seeking to provide a scientific explanation for it, scientists from the University of California (UCSF) have revealed that consuming alcohol activates endorphins in certain portions of the brain that incite feelings of happiness and reward.

For the study, the team accessed positron emission tomography (PET) to gauge the instantaneous influences of alcohol in the brains of subjects. The latter comprised 13 heavy drinkers and 12 of them who did not consume excessive alcohol.

As per the outcomes, alcohol intake was apparently associated with the release of endorphins in all the participants. Moreover, higher proportions of endorphin release in the nucleus accumbens of the brain seemed to be linked to increased levels of pleasure, as reported by each volunteer.

“This is something that we’ve speculated about for 30 years, based on animal studies, but haven’t observed in humans until now. It provides the first direct evidence of how alcohol makes people feel good,” commented lead author Jennifer Mitchell, PhD, clinical project director at the Gallo Center and an adjunct assistant professor of neurology at UCSF.

Notably, higher levels of endorphin release in the brain’s orbitofrontal cortex appeared to cause significant amounts of intoxication in the heavy drinking group, unlike the control set. The scientists believed that this may be one clue as to why heavy drinkers found alcohol pleasing to the senses. It could also shed light on the development of the habit in the first place.

Feelings of reward lead a person to consume too much alcohol, the team concluded. The study is published in the journal, Science Translational Medicine.