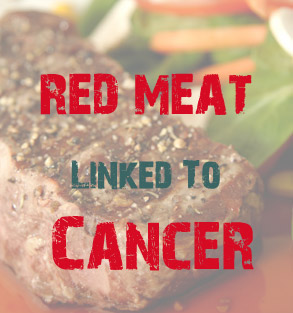 If you love digging your fork into that red meat cutlet, then think again, as that could even cost you your life!

A recently conducted study states that there is a definite association between red and processed meat, and cancers. The experts involved in the study found that the more frequent your red meat intake, the larger is the risk to develop a range of cancers.

Carried out by National Institutes of health and the AARP, the study examined health info from 500,000 who were in the age group of 50-71. The researchers began gathering the data in the period of 1995-1996 and subsequently trailed the partakers for around eight years. As many as 53,396 cases of cancer were recorded during this period.

The data accumulated was not merely about meat intake, but also about opposite lifestyles such as smoking habits on one hand and exercising on the other.

The red meats that were included in the study were beef, pork and lamb. While the Processed meats taken were bacon, red-meat sausage, poultry sausage, luncheon meats, cold cuts, hot-dogs and ham.

While the quantities of red meat consumed ranged from three slices of ham per day and a quarter pound hamburger or a small steak or a pork chop per day, the processed meat consumption varied between one slice of bacon a day to four slices, the highest.

Researchers went on to say that 1 in 10 colorectal and 1 in 10 lung cancers could be evaded if people reduced their red and processed meat intake to very low amounts.