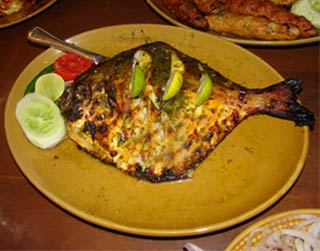 Two novel reports reveal that the regular consumption of foodstuffs containing omega-three fatty acids may reduce the risk of developing age-related macular degeneration. Consumption of foodstuffs like nuts, olive oil, fish etc. among others are believed to be helpful for this purpose. These informative studies were conducted by the investigators from the Westmead Hospital, University of Sydney, Australia and the experts from the Centre for Eye Research Australia, respectively.

For the purpose of the first study, the investigators analyzed more than 2,000 subjects in the Blue Mountains Eye Study. At the time of this particular study, the subjects were believed to have undergone a questionnaire gauging their intake of certain fatty acids. Digital photographs taken from their retinas were stated to have been used to determine AMD development in the subjects after a few years.

Jennifer S. L. Tan, MBBS, BE from the Westmead Hospital, University of Sydney, Australia and colleagues observed that the weekly consumption of fish seemingly reduced the risk associated with early development of AMD by as much as 31 percent. It was also observed that this potential risk was further reduced for those people who had a lower intake of linoleic acid, which is an unsaturated omega-6 fatty acid. Consumption of nuts seemed to reduce this risk by about 35% in the subjects.

The investigators have stated that, “In conclusion, our findings support the hypothesis that increased intake of omega-three polyunsaturated fatty acids and regular consumption of fish and/or nuts in the diet may protect against the development of early AMD.”

They have elucidated that the fatty acids present in these food items may shield the eyes by curbing the accumulation of plaque arteries, blood vessel formation, reducing inflammation and oxygen-related cell damage incurred to the retina.

Apart from the consumption of the above mentioned foodstuffs, other factors also seemed to play a crucial role in the prevention of the development of AMD. These factors included smoking, ratio of total blood cholesterol to “good” cholesterol, consumption of unsaturated omega-6 fatty acids, etc.

On the contrary the second study was believed to have been conducted on more than 6,500 elderly subjects. Like the previous set of subjects, even these subjects had to undergo a food frequency questionnaire. It was observed that the subjects who consumed higher levels of trans-unsaturated fats seemed to have a higher likelihood of developing late AMD, while the people who consumed omega-three fatty acids seemed to have a lesser chance of developing early AMD.

Elaine W.-T. Chong, MD, PhD, M.Epi, from the Centre for Eye Research Australia and colleagues have stated that, “Olive oil intake (100 milliliters or more per week vs. less than 1 milliliter per week) was associated with decreased prevalence of late AMD. No significant associations with AMD were observed for intakes of fish, total fat, butter or margarine.”

The study findings seemed to indicate that the people consuming a diet consisting of less processed food, high trans-unsaturated fatty acids, olive oil and omega-three fatty acids may have a reduced risk of developing this particular disease.

These findings have been published in one of the journals of JAMA/Archives called the Archives of Ophthalmology.