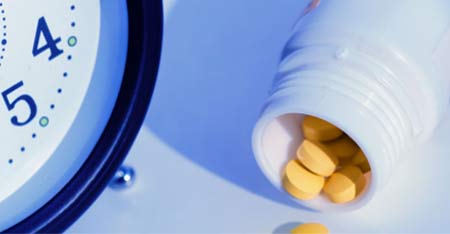 As part of the analysis, almost 7,632 individuals were examined for the presence of MT2 gene, which is the receptor for melatonin. The scientists stumbled upon 40 variants related to type 2 diabetes, out of which 4 of the rare ones seemed to render the receptor incapable for melatonin response. In another set of 11,854 individuals, this link was affirmed.

Professor Philippe Froguel, from the School of Public Health at Imperial College London, who led the trial, remarked, “Blood sugar control is one of the many processes regulated by the body’s biological clock. This study adds to our understanding of how the gene that carries the blueprint for a key component in the clock can influence people’s risk of diabetes.”

Basically the results implied that individuals possessing any of the 4 rare variants of the MT2 gene could encounter a 6-fold rise in the risk for type 2 diabetes. Insulin is apparently regulated by melatonin, and therefore any abnormality in the MT2 gene may impede the association between the body clock receptor and insulin release. This process often leads to abnormal regulation of blood sugar.

The trial could help the team evaluate personal diabetes risk and may pave the path to personalized therapeutic options for the same. The revelations are consistent with researches which showed that people who work in night shifts or those with disoriented sleep continuously for 3 days are at higher risk for type 2 diabetes.

The report is published in the journal, Nature Genetics.