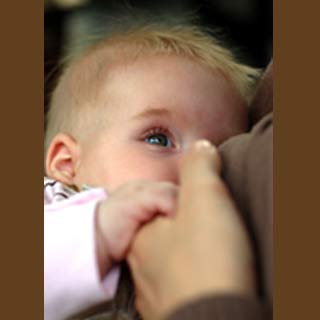 A recent study revealed that breast-fed babies are crankier than their bottle-fed counterparts. Now, scientists from the University of Essex have revealed that infants fed on demand and not with respect to a fixed schedule may have a higher IQ.

However, the team cautioned that there is no causal link between feeding patterns and intelligence levels of kids. In the study, children aged 11, 14 and 8 were exposed to SATs tests. As per the results, 8-year old kids who were fed-on-demand as infants seemed to attain better IQ scores, as compared to those being fed at definite times.

Dr Maria Iacovou, who led the study from ISER, cited, “At this stage, we must be very cautious about claiming a causal link between feeding patterns and IQ. We cannot definitively say why these differences occur, although we do have a range of hypotheses. This is the first study to explore this area and more research is needed to understand the processes involved.”

This difference in IQ levels appeared to hold good in both bottle-fed and breast-fed infants. However, parents following a fixed feeding pattern for their kids reported feelings of confidence and well-being.

The question is whether the kids were fed as per a schedule or mothers were simply trying to make them conform to a fixed pattern. More studies to understand the mode of feeding on the academic intelligence of kids in the long run are required, the team concluded.

The study is published in the European Journal of Public Health.