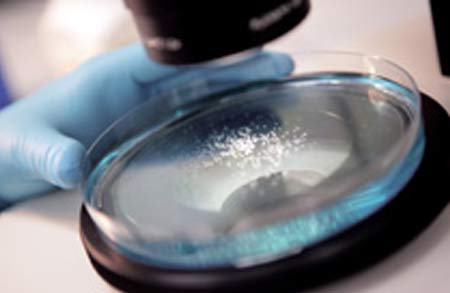 While various reasons are cited for pacemakers and implants going awry, we do not realize that bacteria could be one cause too. Explaining this further, the team at the British Heart Foundation (BHF) has come across a new clue for dealing with superbug infections.

These bacteria form clans called biofilms in medical equipments like pacemakers and heart valve replacements. This is one primary cause of heart infections known as infective endocarditis. In this research, the superbug or the MRSA strain was investigated closely.

Essentially, the investigators found that these bacteria generate lengthy protein chains to develop a carefully designed web. These chains are seemingly structured in a repetitive pattern. Comprehending these structures precisely holds the key to block their formation in the first place.

BHF Research Advisor Dr Hélène Wilson cited, “These clusters of bacteria on implanted devices can be a problem for heart patients because they are very difficult to treat with antibiotics. Often the only way to tackle the infection is to remove the affected device, which can be a difficult and invasive process and lead to further complications.”

As mentioned above, when medical instruments are infected with bacteria, doctors are forced to remove them from the body to prevent the pathogens from spreading. This is regarded as a tough procedure and may further complicate the disease. Not letting such microbes build their biofilms could be an important way of combating heart infections.

The report is published in the recent issue of the journal, Proceedings of the National Academy of Sciences (PNAS).