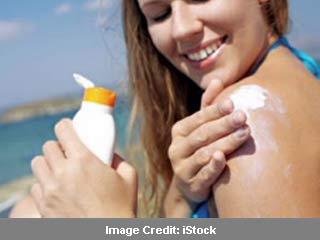 If we were to talk of summer health tips, the use of sunscreens would probably be the forerunner. A study by professionals at the American Chemical Society (ACS) has revealed the link between sun creams and endometriosis.

The aforesaid disease is a painful condition where the uterine tissue develops outside the uterus. According to the team, sunscreens contain a substance called benzophenone (BP) that serves as a shield against the harmful UV radiation of the sun. However, small proportions of BP may penetrate into the skin and mix into the bloodstream, where they function as estrogen. Endometriosis is a condition that requires estrogen to develop and affects a cluster of women who have reached the reproductive age.

“Our results invite the speculation that exposure to elevated 2,4OH-BP levels may be associated with endometriosis,” comment the authors.

So far, scientists have not studied the association between BP sun creams and risk of endometriosis. In the current study, a set of 625 women was inspected. These women who had undergone surgery for endometriosis, had their urine samples examined for BP levels. As per the results, high amounts of a BP known as 2,4OH-BP appeared to be correlated with growing risk of the condition. The levels of this ingredient were specifically higher in women living in hot locations and during summer months.

Reported in the journal, Environmental Science & Technology, the findings suggested a link between suncreams and endometriosis.