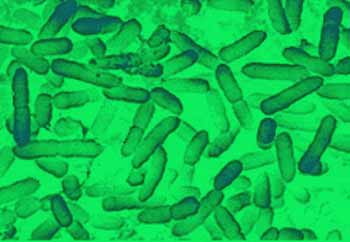 People tired of rashes and itchy skin, irritation in the nose and throat, watery eyes, uneasiness and giddiness after an allergic reaction, can breathe a sigh of relief. The time to be dependent on allopathic medication and that too without positive results is passé. Scientists have found a more efficient, safe and natural remedy for allergies. The answer to the problem is Probiotic Bacteria. Although the idea of having bacteria for a diet may sound weird, scientists assure that it can well be the best cure possible for allergic reactions caused by allergic agents in air, water and food.

Probiotic bacteria are friendly bacteria that can, along with the bacteria already present in our gut, kill the viruses and other harmful microorganisms entering our body. The gut in mammals already contains a bacteria known as Escherichia Coli (E. coli). These bacteria may cause infections in the areas in our lower body like urinal tract, abdominal cavity when our immune system is weak and not functioning properly because of other illnesses. It can cause diseases like diarrhea, neonatal meningitis, etc.

After entering our body, probiotics colonise and invade these already existing colonies of bacteria in our gut which more often than not cause food infections. Virus like rotavirus can also be killed by these.

Scientists have discovered that if infants, children and pregnant mothers are regularly given doses of probiotics bacteria in food, it will fortify their immune system. The researchers at the University of Helsinki, led by Emma Marschan studied 1223 pregnant women out of which few were given placebo and others were directly administered with probiotics.

The inference noted by the scientists after the research is that the infants treated with probiotics have 50% of higher protein that causes tissue inflammation, than the ones treated with placebo. They are also less likely to have itchy skin and allergies like eczema. Inflammation is known to stimulate immunity in our body with response to allergic reactions. This has proved to be a positive outcome that the researchers were waiting for. “It seems clear that we need to stimulate the infant’s immune system as early and as vigorously as is safe, for inflammation seems to go hand in hand with allergy prevention,” said Errki Savilahti, author of the study.

Researchers also note that without these useful bacteria the immunity system of our body is vulnerable to allergic reactions which often cannot be fought off easily. The study has proved to be a ray of hope for the ones who have allergies running as hereditary in the family. It has come as good news for asthmatics and the ones suffering from eczemas.