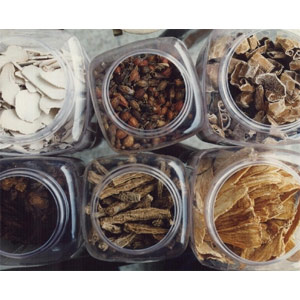 A new study by researchers at the Chinese University of Hong Kong have suggested that a traditional combination of five Chinese herbs may help treat people suffering from eczema.

In the study they found that patients using this herbal concoction had to rely less of conventional medicine and this also tended to improve the quality of life for young patients with atopic eczema.

However, UK experts have warned that patients must consult a doctor before taking such herbal remedies.

For the study, the researchers examined the effects of the ‘pentaherbs formulation’ on patients with atopic eczema – the most common type of the disease, which affects at least one in ten kids.

They also found that the herbal treatment reduced patients’ needs for the traditional remedy of topical steroids by an average of four days a month, as compared to just one day a month in the placebo group.

Besides this, the researchers also found that patients who took the herbal treatment showed lower blood levels of four proteins thought to have inflammatory effects linked with eczema.