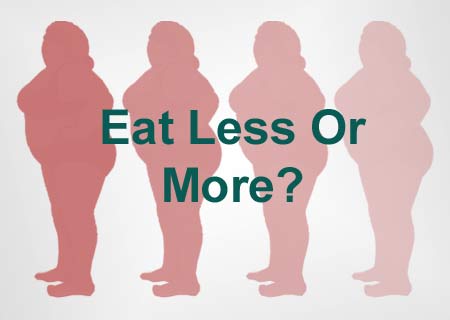 A team from the Columbia University Medical Center (CUMC) has discovered a brain receptor that appears to be the primary regulator of appetite. Reported in the journal Cell, this trial could lead to the development of anti-obesity medicines.

According to the scientists, leptin and insulin signaling has an effect on eating. Just blocking 1 of these 2 hormones did not have any impact on eating cycles. However, when a protein critical to the activity of both these hormones was discarded, there seemed to be a considerable impact on appetite control.

Mice devoid of the protein called Fox01 apparently ate less and were fitter, than subjects with the protein intact. Moreover, removal of this protein caused the animals’ metabolism to improve. Their glucose levels and reactivity to the aforesaid hormones appeared to be balanced.

“What is especially encouraging is that this receptor belongs to a class of receptors that turn out to be good targets for drug development, making it a highly ‘druggable’ target. In fact, several existing medications already seem to interact with this receptor. So, it’s possible that we could have new drugs for obesity sooner rather than later,” cited study leader Domenico Accili, MD, professor of Medicine at CUMC.

But, Fox01 is regarded as a weak target for drugs, which is why the team tried to locate some other means of blocking the protein. They stumbled upon a gene called Gpr17, which presumably increased appetite in the mice carrying its activated forms. On the other hand, Gpr17 inhibitors led the mice to reduce their food consumptions.

Therefore, the investigators concluded that the gene Gpr17 could be an effective target for anti-obesity drugs.