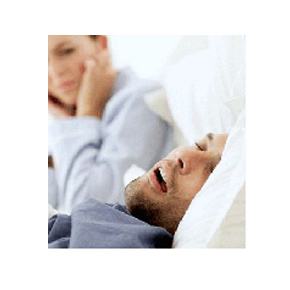 According to a study, people who snore regularly are more likely to develop chronic bronchitis.

Researchers at Korea University Ansan Hospital studied 4270 people (52 per cent men and 48 per cent women) starting in 2001.
The team led by Inkyung Baik did not actually know why snoring might lead to bronchitis. It was not clear, they said.

Participants provided information on demographics, health conditions, family disease history and lifestyle, as well as details about how often they snored. They were interviewed again every two years through 2006.

During the four years of follow-up, 314 people developed chronic bronchitis. Those who snored six to seven times a week were 68 per cent more likely to develop bronchitis than those who never snored.

Those who snored five times a week or less were 25 per cent more likely to develop bronchitis.

The association was strongest in individuals who had never smoked, who worked at home or who were overweight.

“It has been suggested that structural or functional changes in the airway due to inflammation may cause snoring and obstructive sleep apnea syndrome,” the authors wrote.

However, further study is needed to confirm the association as the “mechanisms underlying the association between snoring and chronic bronchitis are largely unknown,” the authors concluded.