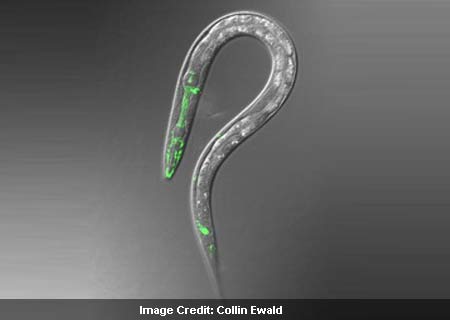 In a new investigation, experts from the City College of New York have put forward a link between diabetes and Alzheimer’s disease. Basically, the analysis unfolded a gene that is apparently common to both the conditions.

As observed in the research, a genetic variant seen in a lot of Alzheimer’s patients was found to affect the insulin pathway. This is considered to be a major cause of diabetes among people. In terms of hereditary Alzheimer’s cases, a gene called amyloid precursor protein (APP) is known to be the primary culprit. It is this gene that is responsible for the accumulation of beta-amyloid plague in the brains of patients.

“People with type 2 diabetes have an increased risk of dementia. The insulin pathways are involved in many metabolic processes, including helping to keep the nervous system healthy,” commented Biology Professor Chris Li.

In a trial conducted with worms, it was found that a gene similar to the APP gene in humans impeded their growth, which made it clear that some metabolic region was getting damaged. Further trials showed that the insulin pathway was the one being harmed in the process. Nevertheless, some other genes present in the insulin pathway appeared to reverse the negative effects of APP. This put forth another association between the 2 diseases.

Reported in the journal, Genetics, the results explained the reason why diabetics could be at risk of Alzheimer’s. Experts believed that the correlation between Alzheimer’s and diabetes has always been blurry and the findings could pave the path to new treatments for both the diseases.