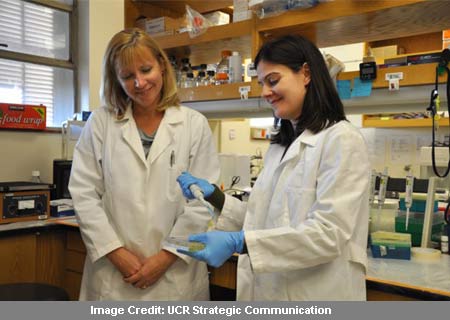 Even a healthy person could be affected by the collection of beta-amyloid cells in the brain, which is considered to be the hallmark of Alzheimer’s disease. In this research, scientists from the University of California, Riverside have located a new protein known as beta-arrestin that is seemingly associated with short-term memory.

The team believed that this research could lead to more therapeutic strategies for treatment of Alzheimer’s disease. In a set of mice, the scientists found that beta-arrestin was responsible for flexibility of synaptic connections. If this protein was eliminated from the neurons, the loss of synapses could be restrained.

“In some pathological conditions such as Alzheimer’s disease, loss of the old synaptic connections far exceeds the formation of new ones, resulting in overall loss of synapses and short-term memory loss,” remarked Iryna M. Ethell, an associate professor of biomedical sciences and the lead author of the research paper.

However, considering that beta-arrestin is crucial for learning and memory, a fine balance needs to be attained with respect to its proportions in the brain. This kind of equilibrium may be achieved by pharmaceutical drugs produced in the future.

According to the scientists, objective tuning of beta-arrestin is vital for improving conditions like Alzheimer’s. Essentially, the target is to discard certain old unused synaptic connections, which may lead to the formation of new synapses.