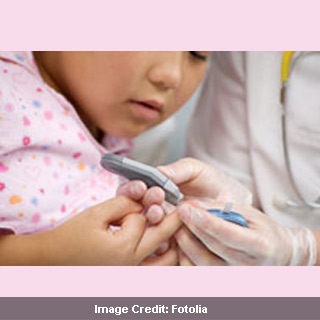 Diabetes is believed to be dangerous particularly when the disease is not diagnosed in time. Munich scientists of the Diabetes Research Group at Helmholtz Zentrum Munchen and Technische Universitat Munchen have recognized novel markers which may perhaps allow an early diagnosis and prognosis of type 1 diabetes.

Munich scientists along with Prof. Dr. Ezio Bonifacio of Technische Universitat Dresden seem to have developed a novel approach to improve and extend risk screening. Under the direction of Prof. Dr. Anette Ziegler, these scientists were believed to have examined the formation of antibodies to a zinc transporter in children with an increased possibility for type 1 diabetes.

Throughout the world the number of children who develop type 1 diabetes is noted to be rising. For instance, it was estimated that in Germany nearly 11,000 children are affected. On average, they seem to be of eight and a half years old when they are diagnosed with the disease.

However, already by this age many children appear to show severe metabolic decompensation. It was believed that successful prevention strategies and detailed screening could prevent this.

Dr. Peter Achenbach of the Institute for Diabetes Research elucidated that, “Acute severe complications such as diabetic coma at disease onset can thus be avoided in the majority of the children.”

For the purpose of the study, the scientists evaluated the data of approximately 1,633 children who had at least one type 1 diabetic parent. These children’s risk for diabetes seemed to have been elevated in contrast to children who had no family history of diabetes.

Genetic factors are known to play an important role in the development of type 1 diabetes. The scientists were able to demonstrate that specific variants of the zinc transporter gene SLC30A8 seem to influence the risk for diabetes.

In addition, the body requires this gene in order to produce ZnT8. This protein is noted to influence the zinc transport into the beta cells. Furthermore, it appears to play a crucial role in their maturation as well as in insulin secretion.

Beta cells of the islets of Langerhans in the pancreas are known to produce the essentially important insulin. Already prior to the onset of type 1 diabetes the body’s own immune system is believed to be destroying the beta cells.

However, if this destruction exceeds a certain threshold, the disease may possibly become noticeable. Additionally, the insulin deficiency could perhaps lead to various metabolic disturbances including elevated blood glucose levels.

“Autoantibodies to ZnT8 in combination with a specific variant of the zinc transporter gene were associated with an elevated diabetes risk. Eighty-one percent of these children with ZnT8 antibodies developed diabetes mellitus,” continues Dr. Achenbach.

It was observed that a heightened diabetes risk has long been associated with the islet autoantibodies. Supposedly, these comprise the autoantibodies to insulin (IAA), islet cell antibodies to the enzyme glutamate decarboxylase (GADA) and to tyrosine phosphatases (IA-2A and IA-2ß).

“Autoantibodies to ZnT8 are an additional important marker for the progression of diabetes – especially in children who are already developing islet autoantibodies,” says PD Dr. Thomas Illig of the Institute of Epidemiology.

A distinguished study of all autoantibodies seems to allow the prognosis of how fast the disease may perhaps become obvious. It was noted that the risk for diabetes was high when the number of different kinds of autoantibodies was large. Also, the disease onset would be early if the child was young with autoantibodies.

The findings of the study seem to have provided signs of an early onset of the disease. This was achievable when specific antibodies in the blood and specific variants of the associated zinc transporter appear to have been present in the genome. In addition, these high-risk individuals may perhaps require especially careful supervision.