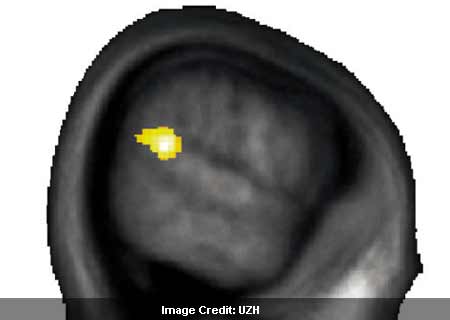 Scientists have finally found the reason as to why some people are unarguably unselfish and altruistic. According to the team, people who devote themselves to the welfare of others without thinking of their own advantages apparently have more gray matter in their brains.

This is seemingly not the case with more self-centered folks who are always worried about their own well being. For the study, trial participants were provided with money that they had to share with other persons. While some of them willingly shared the money, a few others wished to use up the entire amount themselves. The scientists set to uncover the reason for this disparity.

“These are exciting results for us. However, one should not jump to the conclusion that altruistic behavior is determined by biological factors alone,” remarked Ernst Fehr, Director of the Department of Economics.

The analysts suspected that the portion of the brain located between the parietal and temporal lobes could be linked to the ability to imagine oneself in the other person’s position and act accordingly. This is regarded as the hallmark of altruism. And just as expected, the team found that study subjects with more gray matter in these regions supposedly exhibited altruistic attitudes. The brain activities in the areas behind the ears also appeared to show certain discrepancies in terms of self-centered and altruistic volunteers.

However, the team believed that appropriate conclusions cannot be passed considering that the total volume of gray matter is also affected by social behaviors. Further studies are required to understand if social training and inculcation of values could influence regions of the brain.