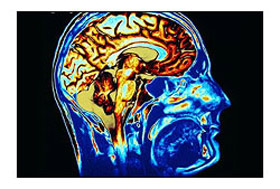 Japanese doctors from the Iwate Medical University have found that strokes are most likely to occur in the morning and in the evening and the risk at its lowest during sleep.

The doctors based their findings on data from 12,957 cases of first-ever stroke diagnosed through CT or MRI scans from the Iwate Stroke Registry between 1991 and 1996. They conclude that the risk has a peak period between 6 a.m. and 8 a.m. and 6 p.m. and 8 p.m. Their hypothesis is that this is on account of the changes in the blood and blood circulation patterns governed by the body’s internal clock.

The findings of the study appear in the latest issue of the Journal of Neurology, Neurosurgery and Psychiatry. The study covered two types of strokes — alchemic stroke, which is most common and caused by restricted blood circulation to the arteries in the brain and hemorrhagic stroke, which is least common and occurs when blood vessels rupture inside the brain, the last type further classified into two categories, the intracerebral, which results in bleeding directly into the brain tissue, and the subarachnoid, or bleeding in the arteries in the brain’s surface.

The doctors say low blood pressure is a risk factor for cerebral infarction as slower blood flow can manage obstructions less effectively and about 20 per cent of all cerebral infarctions occurred in the period immediately before waking.