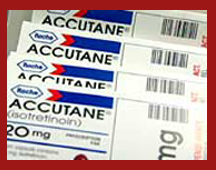 Studies have now shown that the acne drug isotretinoin has been found to have very dangerous side effects, even though it is an effective medication for the treatment. Isotretinoin is commonly sold as accutane in the U.S and as Roaccutane in U.K and is known to clear up severe acne and prevent scarring, in conditions where other drugs have failed.

But in the new study, the researchers have shown that this drug also can cause miscarriages, premature births and birth defects such as mental retardation and cleft lip. Isotretinoin can also raise levels of blood fats and liver enzymes. The researchers explained that increased levels of liver enzymes may be a sign that the liver is getting damaged, while increased levels of cholesterol and triglyceride blood fats are usually linked to heart disease.

They reported in their study that among the patients who had shown normal readings previously, 44% developed high triglycerides, while 31% of them had high cholesterol, and 11% high liver enzymes. The researchers also explained that they found that these irregularities were generally reversible after the patients stopped taking the medication.