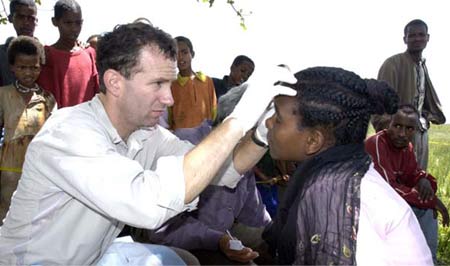 Trachoma is an eye infection which is the leading cause of blindness in the world. On this front, scientists from the University of California (UCSF) have asserted that a well-known treatment for trachoma may work for almost double the number of people if administered every 6 months or yearly.

For the study conducted in Ethiopia, the team used a drug namely azithromycin for the treatment of trachoma. The participants were divided into 2 groups of those being given the medication on a 6-month basis and those given every 12 months.

“What we found was the prevalence of trachoma is very high at baseline. Forty to 50 percent of the children in these communities have this condition. They are the most susceptible and it can quickly spread from person to person by direct or even indirect contact,” commented Bruce Gaynor, MD, assistant professor of ophthalmology at the Francis I. Proctor Foundation for Research in Ophthalmology.

The results showed that the incidence of trachoma apparently stooped substantially from 40%. This outcome was achieved regardless of whether the drug was administered biannually or annually. The scientists believed that this finding is prominent owing to the commonness and the contagious nature of the condition.

As per statistics, about 150 million doses of azithromycin are given out across various parts of the globe for the treatment of trachoma. This drug has been a potential therapeutic option as the bacteria Chlamydia trachomatis which causes trachoma, does not show resistance to azithromycin, unlike other antibiotics.

The investigators are hoping that efficient use of azithromycin will have a huge impact on trachoma related blindness in the world. The study is published in the journal, The Lancet.

Pregnancy risks may not be increased due to multiple sclerosis or...