The death of a 9-year-old boy from mosquito-borne Eastern equine encephalitis, has become a reason of great worry for public officials in Massachusetts as they are being criticized and condemned for the same.

The boy developed a fever on August 18 and was admitted to Children’s Hospital in Boston on August 20, according to Christine Powers-Perry, a spokeswoman for the hospital. She confirmed that he died on Thursday.

Relatives of John Fontaine of Middleborough have alleged state officials of not starting the process of aerial spraying of insecticide soon enough this summer, the Boston Globe reported. 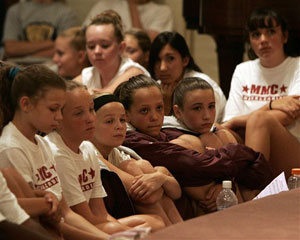 Public officials are trying to save their neck by claiming that they did commit to the first two rounds of spraying as soon as large numbers of infected mosquitoes were discovered but approximately a week had passed before aerial spraying actually began.

Director of communicable disease control for the Massachusetts Department of Public Health, Alfred DeMaria said, “We will be working through the winter to see how we can do things better.”

There have already been two other confirmed cases of Eastern equine encephalitis in the state but the 9-year-old boy is the first person to die from the disease.

High fever, mental confusion, headache, stiff neck and lack of energy are the symptoms that have noted in the fatal Eastern equine encephalitis. DeMaria noted that neurological damage is the cause for death in most cases.

The grade school student played youth football and was “like every other 9-year-old. Happy to be there. A joy to be around. Fun to watch grow,” said Jim Muirhead, the program director for Mitchell Memorial Club Youth Football and Cheerleading program.