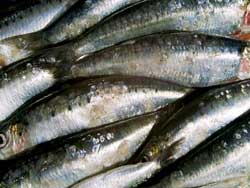 Karolinska Institutet in Sweden has researched a new and rather novel method to avert cancer of the kidneys. A new study conducted by Swedish experts revealed that eating salmon or other kinds of fatty fish a few times a month would be one good way to go about it. At the end of the 1980s, 90,000 Swedish women were sent a questionnaire on their dietary habits in connection with their mammography scan. Now, with the help of another questionnaire a decade later and the cancer registry, scientists at Karolinska Institute have zeroed upon the fact that women who eat fatty fish gain noteworthy protection against renal cancer.

At least one portion of fatty fish a week during the period (1987-2004) decreased the risk of renal cancer by 74 per cent compared with those who never ate fatty fish. The group who ate fresh fish at least once a week but for whom follow-up information were unavailable, saw a 40 per cent reduction.

One prominent difference between oily and non-fatty fish lies in how much omega-3 fatty acids and vitamin D they contain – substances that, according to earlier cell studies, seem to protect against cancer. Fatty fish contains more omega-3 fatty acids than non-oily fish, and 3 to 5 times as much vitamin D. As fatty fish, the study included salmon, raw herring, sardines and mackerel; as non-fatty, cod and tuna (amongst other kinds).