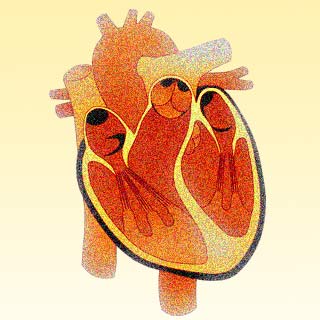 According to a latest study, cardiovascular disease seems to be increasing in adults who are less than 50 years and people of lower socioeconomic status even though the current trends illustrate that cardiovascular declining in Canada as a whole. This study was named as ‘Trends in risk factors for cardiovascular disease in Canada: temporal, socio-demographic and geographic factors.’ and was carried out by the experts from the Peter Munk Cardiac Centre.

It was observed that untreated cardiovascular disease could lead to malfunctioning of the heart, coronary artery disease and death. In addition, heart diseases are known to be the most widespread cause of hospitalization in North America.

Experts were believed to have explored the nationwide trends in heart disease, hypertension, obesity, diabetes and smoking occurrence from the year 1994 to 2005. They discovered that heart disease seems to be growing in adults under 50 and those of lower socioeconomic status.

“Our results indicate that young people are increasingly bearing the burden of cardiovascular risk factors. This is an important group because they are the ones who will predict future heart disease, and earlier onset of cardiovascular disease means potentially longer and more intense treatment over their lifetime,” says Dr. Douglas Lee, cardiologist and scientist at the Institute for Clinical Evaluative Sciences (ICES).

To better understand this criterion, experts tested Canadians who were 12 years and older from various socioeconomic and ethnic groups. The study findings revealed that Canadians of lower socioeconomic status showed a prevalence of heart disease and diabetes which seems to be increasing at a faster rate. Supposedly, they also showed the maximum risk of developing cardiovascular disease. The occurrence of hypertension and obesity additionally appears to be increasing in almost all Canadians; however it seems to be rising fastest in higher income groups.

Dr. Lee continued saying that, “These trends are quite different from the United States where some risk factors such as hypertension are declining. In Canada risk factors have not reached a plateau, suggesting that these increases may continue to worsen over time.”

Supposedly, these findings seem to have suggestions for both the levels i.e. at the policy and individual level. For instance, increasing community programmes for physical activity in poorer areas, making cities more pedestrian-friendly and developing healthy eating habits appear to be ways for promoting healthier lifestyles. All these suggestions would eventually assist in decreasing the high prevalence of risk factors.

Furthermore, experts suggest young individuals who haven’t regarded themselves to be at risk should act instantly in order to reduce their risks of developing cardiovascular disease. They should carefully prepare for daily medical tests in order to know about their health and communicate the same with their respective doctors.

This study has been published in the Canadian Medical Association Journal.