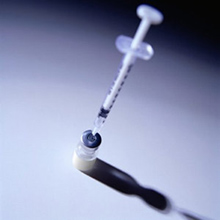 A recent study reveals that islet cell transplantation may decrease the need of insulin injections for people with type 1 diabetes. This study conducted by James Shapiro, M.D., Ph.D., from the University of Alberta in Edmonton, Canada and his team was published in Thursday’s New England Journal of Medicine.

In this study, processed islet cells from dead donors were transplanted into 36 patients affected by this disease for around 27 years. There is a lack of islet cells, in the type 1 diabetes-affected people that produce insulin in the pancreas.

“The results of the trial show the feasibility and reproducibility of islet transplantation using the Edmonton Protocol and has promising implications for the future of treating Type 1 diabetes,” says NIH Director Elias A. Zerhouni, M.D.

A year after the final treatment, 44 percent of the transplant recipients no longer needed insulin injections, and an additional 28 percent had partial islet function, which was associated with resolution of hypoglycemic unawareness–a severe complication of diabetes in which people can no longer recognize early symptoms of low blood sugar.

Insulin independence did not persist indefinitely in most cases, and less than a third of the people who had been freed from insulin injections after one year remained so by two years. However, individuals with functioning islets had improved control of their diabetes, even though they still needed to take insulin shots. Further research will be needed to improve and prolong the beneficial effects of the procedure, the researchers say.

“Dr. Shapiro and the ITN research team have improved our understanding of the potential of islet transplantation for certain patients with Type 1 diabetes,” says NIAID Director Anthony S. Fauci, M.D. “Ongoing studies will further define the clinical utility of this approach.”

“This really shows that islet transplantation can be tremendously successful in protecting against hypoglycemic unawareness,” says Dr. Shapiro.