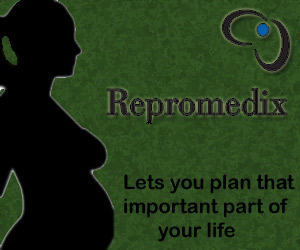 Researchers from the University of Michigan claim to have come up with a new blood test that may help predict menopause. That’s right! A simple blood test and women can get an accurate prediction of when they will hit the menopause transition.

The distinct test, researchers believe will help millions of women who haven’t walked the path of motherhood. Giving a clear estimation of when women will no longer be able to reproduce, the test will certainly help these women plan pregnancies in later stages of life.

Lead author of the study, Professor Maryfran Sowers, mentioned, “The information provides a roadmap as to how fast women are progressing through the different elements of their reproductive life. People really want information about how long do I have and when will I have my final menstrual period.”

She additionally remarked, “Now we are beginning to say if you have a specific FSH level combined with your age, this is the likelihood that you are in this reproductive stage. We finally have numbers from enough women evaluated over a long time period to describe the reproductive ageing process.”

The research experts reveal includes a blood test that mainly involves hormonal biomarkers. So the changes in the hormones that fluctuate as a woman goes through her reproductive lifespan are measured. Five years before the start of menopause, one particular hormone dramatically dropped down. Over 14 years, the scientists examined the hormone fluctuations in about 629 women.

Researchers suggest that alterations in the chemicals anti-Mullerian hormone (AMH), follicle-stimulating hormone (FSH) and inhibin B expose the reproductive life in women. It can thus make way for planning late pregnancies. For the current test scientists compared the hormone levels of those which could be expected for a woman of the same age.

The study brings to light an exact prediction of a woman’s reproductive lifespan, though the technique was known for quite some years when doctors in Britain launched a mail order kit that tested the levels of the three chemicals to predict when a woman will hit menopause. The present blood test is called Plan Ahead and should cost about £179.

The study is published in the Journal of Clinical Endocrinology & Metabolism.