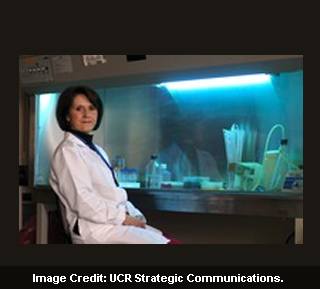 The potential health benefits of pomegranate juice seem to have extended over the past years. Previously it was suggested that pomegranate extract is the ideal way of decreasing inflammation. The assets of this fruit may now be elevated, thanks to the following discovery. Experts from the University of California, Riverside claim to have identified components in pomegranate juice that both inhibit the movement of cancer cells and weaken their attraction to a chemical signal.

The chemical signal that the fruit juice weakens is presumably involved in promoting the metastasis of prostate cancer to the bone. Prostate cancer patients are possibly subjected to surgery and/or radiation, but in case of recurrence the male hormone testosterone is suppressed. Scientists predict that the suppression of this hormone can restrict the growth of cancer cells as they need it to grow. However, over time the cancer is known to develop ways of resisting hormone suppression therapies. When the cancer relapses it appears aggressive, and metastasizes to the bone marrow, lungs, as well as lymph nodes. This may turn fatal for prostate cancer patients.

Manuela Martins-Green, a professor of cell biology, affirmed, “Having identified them, we can now modify cancer-inhibiting components in pomegranate juice to improve their functions and make them more effective in preventing prostate cancer metastasis, leading to more effective drug therapies. Because the genes and proteins involved in the movement of prostate cancer cells are essentially the same as those involved in the movement of other types of cancer cells, the same modified components of the juice could have a much broader impact in cancer treatment.”

During the research, investigators applied pomegranate juice on laboratory-cultured prostate cancer cells that were resistant to testosterone. The more resistant a cancer cell is to testosterone, the more it may be prone to metastasizing. The outcome was that pomegranate juice-treated tumor cells which had not died with the treatment possibly increased cell adhesion. So fewer cells apparently broke away and cell migration was reduced. Additional investigations will be carried out to lay hands on the active groups of ingredients in pomegranate juice which apparently create a molecular impact on cell adhesion and migration in metastatic prostate cancer cells. The research findings can supposedly open doors to novel therapies of tackling cancer metastasis.

The research was presented on December 12, 2010 at the 50th annual meeting of the American Society for Cell Biology.