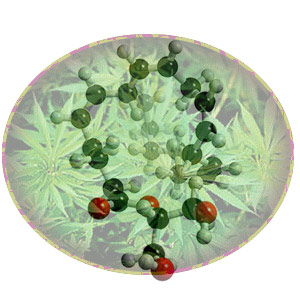 Cigarette smokers who are trying to kick the butt in the near future now have a new ray of hope for getting through the whole ordeal. It is common knowledge that one may experience withdrawal symptoms when trying to quit. But now a new research has shown that cannabis-based medicines can assist people during this time.

Scientists at the University of Nottingham are exploring the potential of cannabis-based drugs for medical treatment. For this, they are studying cannabis-like compounds that exist naturally in human bodies.

This includes treating a range of conditions right from obesity, diabetes and depression to addition to substances like nicotine.

Dr.Steve Alexander, Associate Professor in the School of Biomedical Sciences said, “It is clear there is a very realistic potential for cannabinoids as medicines. Scientists are looking at a range of possible applications.”

“The brain is full of cannabinoid receptors. And so, not surprisingly with diseases like depression and anxiety, there’s a great deal of interest in exploiting these receptors and in doing so, developing anti-depressant compounds,”said Professor David Kendall, a cellular pharmacologist at the University.

According to Kendal, endocannabinoids should be a very important link to addictive behavior.

“We know that the endocannabinoid system is intimately involved in reward pathways and drug seeking behaviour. So this tends to indicate that that if the link involving endocannabinoids and the reward pathway, using inhibitors, can be interrupted, it could turn down the drive to seek addictive agents like nicotine,” he added.

It is also hoped that compounds related to cannibinoids can be used in patients with conditions like hypertension, based on the fact that such compounds have been shown to lower one’s blood pressure.

Dr.Alexander said that the range of cannabis-related medicine is currently limited. But, he feels that by researching this topic, they could increase their knowledge in this area.