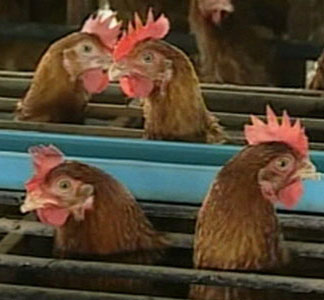 The Manipur government in India has banned illegal transborder movement of poultry products, including pigs from Myanmar to the state.

In view of communications from the High Commission of Bangladesh, regarding spread of avian influenza in Bangladesh, the Manipur government has formed a state-level monitoring committee.

Director of Veterinary and Animal Husbandry T H Dorendra said, about 4000 masks would be arranged so that the rapid action team could rush to any spot.

About 1472 blood samples were sent for tests to High Security Animal Disease Laboratory, Bhopal. However, all results had been be negative, Mr Dorendra said.

”So far not a single case of bird flu has been identified in the state,” he said. However, all possible precautionary measures have been taken by the state government.

The Home department has also been asked to instruct the DGP, SP/ SDPO to enforce ban on illegal import of poultry products from Myanmar.

In case of any suspicion, the government has approved immediate deputation of an official to Bhopal or Kolkata for tests by flight, the Director added.

He, however, said there was no danger in the state and advised people to continue eating chicken.