A component found in red wine grapes has shown to extend the life span of obese mice according to a new study. The molecule is identified as resveratrol and it helps the obese mice to live longer on a high calorie diet without showing any signs of diseases usually associated with and relating to being overweight. 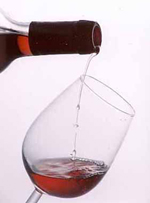 Associate Professor David Sinclair of Harvard Medical School said, “It is possible to find a molecule that activates the body’s natural defenses against ageing. You can use it to enhance the health of a mouse or mammal. This study is proof of the principle that it works in mammals. But the real test will be to develop formulations or find other molecules to treat age-related illnesses such as diabetes, Alzheimer’s, heart disease and cancer in humans”.

It has already been known for long that reducing the calorie intake can prolong life and reduce the risk of diseases in mice and other animals. Resveratrol seems to imitate the benefits of eating low calorie diet in animals. Since mice are close to humans on evolution ladder it may have similar effects humans too. But some further studies will have to prove it. Till then the scientific community warns people against the usage of this compound as its ill-effects are still not known.

Dr. Sinclair along with an international team of scientists from University of Sydney and National Institute of Ageing, US, carried out this study on middle aged mice. They divided the mice into three groups. One was given standard diet. Other two groups were kept on high calorie diets with one group receiving supplementary doses of resveratrol. Only eight weeks after the introduction of these diets the last two groups showed differences.

The study is still going on but by the time mice were 114 weeks old, 58% in the high calorie group died as against 42% in other groups. After six months it was observed that resveratrol prevented the known manifestations of constant intake of high calorie diet. Now the compound has increased the life span of mice in high calorie group by about 10-20%. These mice are also showing signs of healthier heart and liver tissue, better insulin sensitivity and decreased blood sugar levels.

When the whole process was studied at the genetic level, it was seen by scientists that the compound changed the gene expression pattern of obese mice towards that of lean mice. The researchers are of the opinion that SIRT1 gene linked to the extension of life span could be a key factor behind this. It only remains to be seen how exactly the compound works.