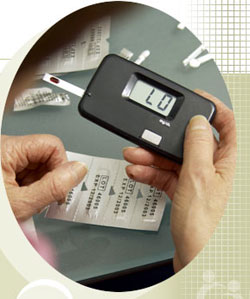 November 12 is celebrated as the World Diabetes Day, which has been instituted by the International Diabetes Federation and supported by the World Health Organization (WHO). It is basically one day in the entire year that has been dedicated to creating awareness about this rising health problem.

This year it has been revealed that India is the world diabetes capital.

“Bangalore maybe the IT capital of the world India, but few people know that India is the diabetes capital of the world. There are 40 million diabetic Indians and by 2025 the figure is expected to double,” said Dr. Shishir Kumar, Chief Diabetologist and founder of the Diabetes Clinic (that was started twenty years ago) at Bombay Hospital, Mumbai.

Type 2 Diabetes occurs when insulin that the body produces is less efficient at moving sugar out of the bloodstream as compared to a person with normal insulin efficiency.

According to Dr. Kumar, while one’s genes can be attributed to diabetes, which takes care of just 10 per cent. “Lifestyle changes and eating habits are also the main factors and right now the need of the hour is awareness. Diabetes is classified into the Type 1 and the Type 2, while the former is medically dependant on insulin, persons with the latter kind can suffer from hypertension, heart attacks and asthama,” said Dr. Kumar.

Dr. Kumar believes that contrary to what most people might think, having diabetes is certainly not the end of the road. He said that a normal life can be led by a diabetic patient provided he maintains a healthy lifestyle and remains in regular contact with his/her physician.

Several diabetic patients also use a glucometer, a glucose reading device, to keep record of their sugar level.

The treatment for diabetes has significantly progressed over the years. There is oral insulin which will hit the markets soon, and all the modern medicines are available right here in the city. There’s the Flexipen, the Novorapid, Novomix and the long standing Levemir. Of course the One Touch Ultra devices from Johnson & Johnson are also a popular choice. The other important factor is that the treatment here is at least one-third the cost of the same treatment elsewhere.

What you need to look for are the signs, says Dr. Kumar. And these would be loss of weight, excessive thirst and urination, infections, tiredness and exhaustion. “Simply put, diabetes is the result of the pancreas unable to secrete adequate amount of insulin. Sugar still remains the main cause but now there are other factors as well. And yes, like most ailments if not treated properly it can be fatal. There can be kidney complications, incidents that lead to amputations, strokes and even heart attacks. So, no matter what stage or what type of diabetes you are, supervised medication is necessary.”

At Bombay Hospital, where Dr. Kumar has his specialized clinic, 30 per cent of the general ward patients are diabetic. It is clearly a myth that diabetes touches only the underprivileged or the affluent. “Diabetes can affect anyone, a king or a pauper. There are no social boundaries here, the important thing is you lifestyle and your eating habits. And this factor remains the same for all,” he said.