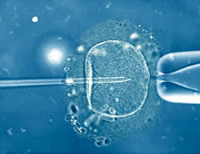 The thousands of women that take high doses of fertility drugs, as part of the In Vitro Fertilization treatment may actually be affecting their chances of ever having a baby. In fact, doctors have warned that women who rely increasingly on such drugs could just be preventing themselves from getting pregnant. Such powerful drugs that are used during IVF have the potential to damage a woman’s eggs.

Doctors have warned that hormones that are used to “kickstart” the ovaries could actually cause chromosomal damage to half of the eggs, rendering them useless. The IVF treatments also affect the womb lining, preventing embryos from implanting.

However, women who have failed previous IVF attempts may be able to improve their chances of conceiving a baby by reducing the dose of the fertility drugs.

It is known that globally, one in eight couples suffers infertility, and a growing number are thus turning to IVF. In 2005 itself, around 30,000 women had IVF treatment. The average age is 35, but the number of 40 to 50 year olds seeking treatment has shot up within the last ten years, with nearly 5,000 women in this age group trying for a baby. In fact, these are the women usually targeted for higher drug doses, because their chances of success many just be around 10 per cent.

Sometime this month, a conference of fertility experts is to be held at the first annual meeting of the International Society of Natural Cycles Assisted Reproduction (ISNAR) in London and this conference will call on the IVF industry to rethink its approach.

Fertility pioneer, Robert Winston said “The trend is to get as many eggs as possible, but that may be counterproductive. From the research we’ve done the main risk is that doing this produces chromosomal damages in at least half, if not 70% of eggs. New studies are needed to prove the drugs are causing the damage, but it is my suspicion that is the case.”