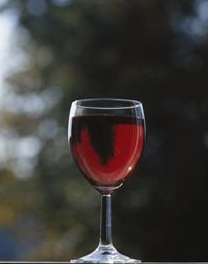 Now, a wine that has specifically been designed to help the heart is on its way to being created. This specially created wine has been produced in South Australia and will actually be the first wine to be sole commercially for its medicinal qualities. The blend of this wine is said to contain 32 percent more healthy antioxidants that the average bottle of red wine.

Antioxidants come from the skins and seeds of grapes. Such useful antioxidants are credited with the task of picking up harmful free radical chemicals, which are associated with cell damage, from the bloodstream and body.

How is this medicinally enriched wine created? Well, the grapes are left in the sun for a longer time to ripen, and this increases the antioxidant content. The grape juice is also left in contact with the skin and seeds for a longer period of time after they are crushed.

According to a spokesman, “Moderate consumption of red win and a healthy diet can improve our health and increase longevity.”

Antioxidants include a range of beneficial chemicals such as flavanols and polyphenols, and include resveratrol which a recent study identified as being particularly powerful. Reveratrol is known to reduce the risk of strokes, cancer and also prevents damage o joints.

In fact, just two weeks ago, Harvard University researchers put forth a research that showed that resvertrol can actually help to combat some of the effects of overeating. Mice that were given the chemical along-side high-fat diet put on weight, but did not suffer the heart problems and diabetes, which are normally linked to obesity.

Scientists are working on developing pills that contain effective doses of the chemical, resveratrol.

Many experts recommend drinking 1 to three glasses of red wine a day, mainly with meals. This tends to go against the conventional thought that all alcohol is bad.