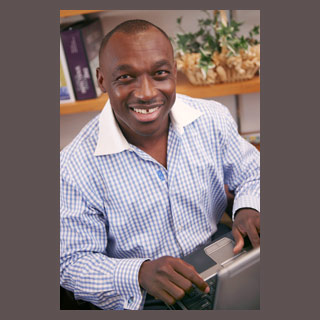 AIDS patients with suppressed immune systems may be at an increased possibility for so-called AIDS-defining malignancies cancers like non-Hodgkin’s lymphoma, Kaposi’s sarcoma and cervical carcinoma. Some experts have apparently wondered that HIV patients may be detected with more non-AIDS-defining malignancies just because anti-retroviral drugs, now used apparently allow them to live longer, but the supposed outcome of the UT Southwestern study imply that other factors may be at work.

Dr. Roger Bedimo, assistant professor of internal medicine at UT Southwestern and lead author of a study, commented, “It’s a genuine increase in the incidence of these cancers. The increase is more visible because these patients are living longer, but our findings suggest that the increased number of non-AIDS-defining malignancies is not simply the result of their longer lives.”

For the study, the rates of non-AIDS-defining malignancies between patients with and without HIV who were given care at a VA system facility between 1997 and 2004 were apparently compared by the experts. For every HIV-positive patient, at least two HIV-negative patients who received care the same year was identified and apparently coordinated on age, sex, race and geographic site. The last study population incorporated about 33,420 HIV-infected patients and around 66,840 non-infected patients.

Dr. Bedimo, chief of infectious disease at the Veterans Affairs North Texas Health Care System, mentioned that it may not be so clear to why non-AIDS-defining malignancies are said to be common in HIV patients than the general population. One controversial theory is apparently that the anti-retroviral therapy itself might add to the threat of those cancers in HIV patients.

Dr. Bedimo commented, “The second hypothesis is that HIV-infected patients somehow, either by their lifestyle or other circumstances, are more subject to the traditional risk factors than non-HIV patients. The third hypothesis is that HIV or another undetected virus increases a patient’s risk for developing cancer intrinsically.”

Dr Bedimo remarked, “The hallmark of chronic HIV is a decline in CD4 T-cells, but we also know that HIV does a lot more to your immune system than just decrease the number of these cells. It’s very possible that it is an immune dysfunction that impairs the cancer immune surveillance in patients even after their CD4 counts have increased.”

Dr Bedimo is of the opinion that a key drawback of this study is said to be the over-representation of males. Males apparently report for about 98 percent of the study population.

The next step is for the experts to observe other measures of immune function in patients with and without cancer.

This study will be published in the October edition of the Journal of Acquired Immune Deficiency Syndromes.