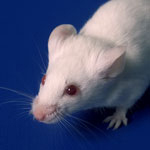 Tests of drugs on animals may be unreliable and may not be accurate about their effect on humans, says a new study. A team from the London School of Hygiene and Tropical Medicine looked at studies in six areas of treatment and found tests on animals agreed with human trials in just three.

The team used corticosteroids to treat head injuries and respiratory illnesses in babies, antifibrinolytics to treat bleeding, thrombolysis and tirilazad for stroke and bisphosphonates for osteoporosis. But there was no consistent agreement between the animal and human studies, the researchers said.

Corticosteroids did not show any benefit for treating head injury in clinical trials but had done so in animal models, the researchers said.

Different results were also seen for tirilazad. Data from animal studies suggested it to be beneficial but the human trials showed possible harm.

The research, published in the British Medical Journal, suggests that the opportunities presented by animal research often go waste because the trials are “poorly conducted” and not independently reviewed.