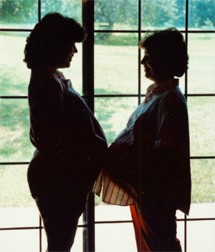 Pregnant women who have a fish intake of above three times in a week have a possibility of putting their baby at risk, thanks to the higher mercury levels in their blood, states a study by Taiwan researchers.

Mercury exposure poses a great risk to fetuses when their internal organs are developing, and can result in neuronal, kidney and brain damage, and stunt growth.

Expectant Chinese mothers tend to eat more fish as they believe it is healthier than red or white meat.

Such levels are much higher that what are considered safe, the researchers wrote in a paper to be published in January 2007 in the International Journal of Obstetrics and Gynecology.

Phil Steer, editor of the journal said the research further demonstrates “how food eaten by a pregnant mother affects the child in her womb… The message to take home from this is not ‘Stop eating fish’ but ‘Be careful which fish you eat, and how often.'”

The women were recruited for the study 24 weeks into their pregnancy.

Researchers said, “When a woman consumes fish, it is absorbed in the gastrointestinal tract and enters the bloodstream. The trace elements of mercury, or methylmercury, the commonly found form of mercury in fish; passes through the placenta and then to the fetus.”

The US Food and Drug Administration recommends pregnant women to avoid eating fish with high mercury levels such as shark, swordfish, king mackerel and tilefish.

Instead, it recommends fish and shellfish that are lower in mercury, such as shrimp and tilapia.